skip to main | skip to sidebar

Joys of a Muslim Woman

Joys of a Muslim Woman

This was written by a woman born in Egypt as a Muslim.
By Nonie Darwish
~~~~~~~~~~~~~~~~~~~~~//~~~~~~~~~~~~~~~~
In the Muslim faith a Muslim man can marry a child as young as 1 year old and have sexual intimacy with this child. Consummating the marriage by 9.
The dowry is given to the family in exchange for the woman (who becomes his slave) and for the purchase of the private parts of the woman, to use her as a toy.

Even though a woman is abused she can not obtain a divorce. To prove rape, the woman must have (4) male witnesses. Often after a woman has been raped, she is returned to her family and the family must return the dowry. The family has the right to execute her (an honor killing) to restore the honor of the family. Husbands can beat their wives 'at will' and he does not have to say why he has beaten her.

The husband is permitted to have (4 wives) and a temporary wife for an hour (prostitute) at his discretion.

The Shariah Muslim law controls the private as well as the public life of the woman.

In the West World (America) Muslim men are starting to demand Shariah Law so the wife can not obtain a divorce and he can have full and complete control of her. It is amazing and alarming how many of our sisters and daughters attending American Universities are now marrying Muslim men and submitting themselves and their children unsuspectingly to the Shariah law.

By passing this on, enlightened American women may avoid becoming a slave under Shariah Law.

Ripping the West in Two.
Author and lecturer Nonie Darwish says the goal of radical Islamists is to impose Shariah law on the world, ripping Western law and liberty in two.

She recently authored the book, Cruel and Usual Punishment: The Terrifying Global Implications of Islamic Law.

Darwish was born in Cairo and spent her childhood in Egypt and Gaza before immigrating to America in 1978, when she was eight years old. Her father died while leading covert attacks on Israel . He was a high-ranking Egyptian military officer stationed with his family in Gaza .

When he died, he was considered a "shahid," a martyr for jihad. His posthumous status earned Nonie and her family an elevated position in Muslim society.

But Darwish developed a skeptical eye at an early age. She questioned her own Muslim culture and upbringing.. She converted to Christianity after hearing a Christian preacher on television.

In her latest book, Darwish warns about creeping sharia law - what it is, what it means, and how it is manifested in Islamic countries.

For the West, she says radical Islamists are working to impose sharia on the world. If that happens, Western civilization will be destroyed. Westerners generally assume all religions encourage a respect for the dignity of each individual. Islamic law (Sharia) teaches that non-Muslims should be subjugated or killed in this world.

Peace and prosperity for one's children is not as important as assuring that Islamic law rules everywhere in the Middle East and eventually in the world.

While Westerners tend to think that all religions encourage some form of the golden rule, Sharia teaches two systems of ethics - one for Muslims and another for non-Muslims. Building on tribal practices of the seventh century, Sharia encourages the side of humanity that wants to take from and subjugate others..

While Westerners tend to think in terms of religious people developing a personal understanding of and relationship with God, Sharia advocates executing people who ask difficult questions that could be interpreted as criticism.

It's hard to imagine, that in this day and age, Islamic scholars agree that those who criticize Islam or choose to stop being Muslim should be executed. Sadly, while talk of an Islamic reformation is common and even assumed by many in the West, such murmurings in the Middle East are silenced through intimidation.

While Westerners are accustomed to an increase in religious tolerance over time, Darwish explains how petro dollars are being used to grow an extremely intolerant form of political Islam in her native Egypt and elsewhere.

(In twenty years there will be enough Muslim voters in the U.S. To elect the President by themselves! Rest assured they will do so... You can look at how they have taken over several towns in the USA .. Dearborn Mich. Is one... And there are others...)

I think everyone in the U.S. Should be required to read this, but with the ACLU, there is no way this will be widely publicized, unless each of us sends it on!

It is too bad that so many are disillusioned with life and Christianity to accept Muslims as peaceful.. some may be but they have an army that is willing to shed blood in the name of Islam.. the peaceful support the warriors with their finances and own kind of patriotism to their religion.

While America is getting rid of Christianity from all public sites and erasing God from the lives of children the Muslims are planning a great jihad on America.
Posted by Roger Daisley at 12:02 PM No comments:

The current Occupy Wall Street movement is the best illustration to date of what President Barack Obama's America looks like. It is an America where the lawless, unaccomplished, ignorant and incompetent rule. It is an America where those who have sacrificed nothing pillage and destroy the lives of those who have sacrificed greatly.

It is the America that Obama and the Democratic Party have created with the willing assistance of the American media, Hollywood , unions, universities, the Communist Party of America, the Black Panthers and numerous anti-American
foreign entities.

Barack Obama has brought more destruction upon this country in four years than any other event in the history of our nation, but it is just the beginning of what he and his comrades are capable of.

The Occupy Wall Street movement is just another step in their plan for the annihilation of America .

"Socialism, in general, has a record of failure so blatant that only an intellectual could ignore or evade it."

Thomas Sowell (born June 30, 1930) is an American economist, social theorist, political philosopher, and author. A National Humanities Medal winner, he advocates laissez-faire economics and writes from a libertarian perspective. He is currently a Rose and Milton Friedman Senior Fellow on Public Policy at the Hoover Institution at Stanford University.

Sowell was born in North Carolina, but grew up in Harlem, New York. He dropped out of high school, and served in the United States Marine Corps during the Korean War. He had received a bachelor's degree from Harvard University in 1958 and a master's degree from Columbia University in 1959. In 1968, he earned his doctorate degree in economics from the University of Chicago.

Dr. Sowell has served on the faculties of several universities, including Cornell and University of California, Los Angeles, and worked for "think tanks" such as the Urban Institute. Since 1980 he has worked at the Hoover Institution. He is the author of more than 30 books.


Posted by Roger Daisley at 9:18 PM No comments: 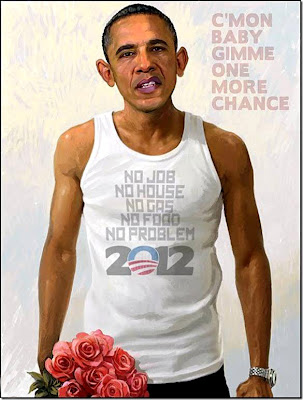 “The fact that we are here today to debate raising America ’s debt limit is a sign of leadership failure. It is a sign that the US Government cannot pay its own bills. It is a sign that we now depend on ongoing financial assistance from foreign countries to finance our Government’s reckless fiscal policies. Increasing America ’s debt weakens us domestically and internationally. Leadership means that, the buck stops here. Instead, Washington is shifting the burden of bad choices today onto the backs of our children and grandchildren. America has a debt problem and a failure of leadership. Americans deserve better.”

Posted by Roger Daisley at 10:03 AM No comments:

Now understand this: All great democracies have committed financial suicide
somewhere between 200 and 250 years after being founded. The reason?

The United States officially became a Republic in 1776, 231 years ago. The number of people now getting free stuff outnumbers the people paying for the free stuff. We have one chance to change that in 2012.

Failure to change that spells the end of the United States as we know it.

[If you doubt that, then ignore the warnings and see what happens ...
much quicker than you ever imagined. [Think: "Occupy ... whatever."]

A Nation of Sheep Breeds a Government of Wolves!
Posted by Roger Daisley at 7:14 PM No comments: